You are here: Home / Crime / Courts / Clues sought in murder of Clarksville man 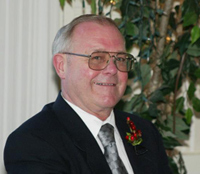 Investigators are asking the public for help in finding information in the death of a northeast Iowa man.

Chickasaw County deputies found the body of 70-year-old Carl “Kenny” Gallmeyer in his home in Clarksville on October fourth after someone called to ask them to check on him.

The State Medical Examiner determined Gallmeyer’s death was a homicide, but investigators are not saying how he died to protect their investigation. They do say that Gallmeyer’s house was burglarized and several items were stolen.

Investigators are asking anyone who may know someone who was trying to sell electronic items, tools or firearms in late September or early October to give them a call. The Sheriff’s department says they are looking for clues in the murder investigation and will not prosecute anyone who comes forward for purchasing stolen property.

Gallmeyer was active in the Clarksville community and ran Ken’s Grocery in Clarksville for many years before he retired.