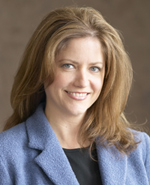 Iowa is launching a new media production office four years after a tax credit scandal effectively shut down the Iowa Film Office. The new agency, called Produce Iowa, will operate under the direction of the Iowa Department of Cultural Affairs.

Des Moines resident Liz Gilman is serving as Executive Producer of Produce Iowa. Her first day on the job was Wednesday. “I have started with a phone number for the office and I’m building everything from that,” Gilman said.

“I hope to soon launch a website and then I plan to travel around the state and talk with media leaders and get a feel for the needs they have for this production staff and we’ll go from there.”

The 47-year-old Gilman has operated her own business, Gilman Media, in West Des Moines. In some aspects, she expects Produce Iowa will be similar to the defunct Iowa Film Office.

“Our mission is the same and that is to promote and facilitate business in Iowa, to attract people who want to do productions here, and grow our state,” Gilman said.

But, there will be some differences as well. “There are no immediate plans for tax credits,” Gilman said. “We’re just turning on the light and opening up for business. We have been shut down for four years. We think once we get the word out that we are open for business, we’ll get a variety of people calling and some opportunities will come to our door.”

Iowa has a lot to offer film producers, according to Gilman. “We have beautiful land. We have a well educated workforce and it’s very easy to do business here,” Gilman said.

“As a producer, when you look at places to go, you want something that is easy and you want quality people and I think that is what Iowa has.” The Produce Iowa office is located in the State Historical Building, just west of the State Capitol in Des Moines.