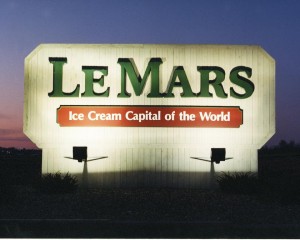 A company based in northwest Iowa is celebrating its 100th anniversary by offering 100 wishes. Dave Smetter is a spokesman for Wells Enterprises, makers of Blue Bunny Ice Cream. “What we decided and was important early on was we wanted to do something that wasn’t just self-serving for us,” Smetter says.

The company has teamed up with the Make-A-Wish Foundation and to grant 100 children who have been diagnosed with a serious disease, the opportunity to have their wish come true. “We kind of came up with the idea when somebody simply said, ‘what do you do on a birthday?’ Well, you close your eyes, make a wish, and blow out a candle,” Smetter said. “So, the light bulb moment was there and we decided to seek out Make-A-Wish and tie the 100 years to 100 wishes.”

The Wells Blue Bunny / Make-A-Wish partnership launched in April, with just over 30 wishes granted thus far. Smetter notes that Make-A-Wish is handling all of the details concerning which children are granted wishes. Wells Blue Bunny is hosting ice cream parties at each “wish event.”

One of highlights of the Wells Blue Bunny 100th anniversary year-round celebration started Wednesday and wraps up today in LeMars: Ice Cream Days. LeMars, officially designated as “The Ice Cream Capital of the World” in 1994, has been the home to Wells Enterprises since the company’s founding by Fred H. Wells, Jr., in 1913.