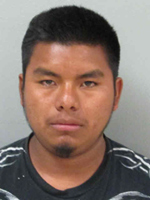 An illegal immigrant who was living in northeast Iowa under an assumed identity is now behind bars, accused of kidnapping and sexually abusing a 13-year-old girl. The Fayette County Sheriff’s Office reports 23-year-old Rodrigo Sandoval Estrada had been living in Ossian, where residents knew him as Ramon Marcus Perez.

His girlfriend, 35-year-old Holly Ann Yonkovic, is also charged in the case. Karla Kelly lives across the street from the couple in Ossian. “It’s really sad. It’s like a gut-wrenching sad, but mad kind of day,” Kelly says. “We knew something was going on, like ‘oh my gosh, something is finally being done.'”

Janet Monroe also lives across the street from Estrada and Yonkovic, who has children. Monroe says neighbors repeatedly contacted authorities about suspicious activity at the house. “Holly had been our neighbor here for three years, and so we got to know the kids and I feel sad and I feel very upset. I feel that this could have been prevented,” Monroe said. 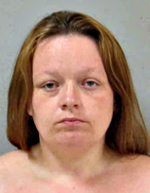 The investigation started earlier this month when deputies learned about the alleged kidnapping and sexual abuse of a 13-year-old girl in late June. According to court documents, Estrada – who works in construction – picked up the girl while she was walking down a street in Waucoma and took her to an apartment.

While at the apartment, Estrada sexually abused the girl, the documents state. Police arrested Estrada and Yonkovic, who were hiding out in a motel in Strawberry Point on Saturday. Authorities believe Yonkovic knew Estrada abused the 13-year-old girl, but did not report it.

At least four more children may have been sexually abused by Estrada in Winneshiek County, according to a news release. More charges are pending – but for now, Estrada is charged with first-degree kidnapping, possession of false documents and forgery.