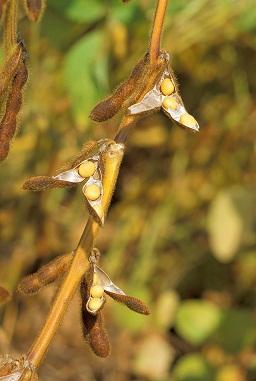 Grover Shannon, a plant sciences professor at the University of Missouri, says his team’s work could bring huge financial benefits for farmers as federal officials consider a ban on trans fats.

“We found two genes and when you put them together, it’ll raise soybean oil from 24% oleic (acid), which is in normal soybeans, to over 80,” Shannon says. “What this results in, the oil becomes more stable, you don’t have to hydrogenate it, many more uses, it’s just all around better.”

He says it’s also not genetically modified, so there are fewer regulations on making the product. Besides being a potential boom for soybean growers, Shannon predicts major corporations will also find it to be a superior product.

“These people like Frito Lay and Kentucky Fried Chicken and Wendy’s and places like that, they’re going to use oil that virtually doesn’t have any trans fats to cook their food,” Shannon says. “Also, the utility of using it in many, many more products like biodiesel, lubricants.”

Many people express concern about products that contain genetically-modified organisms, but he says these soybeans are non-GMO.

“We found the genes naturally and there’s no regulatory issues, the consumer will be happy,” he says. “All’s the consumer will have to do is go to the store and he’ll be able to purchase high oleic soybean oil. It’ll just be a part of his everyday life.”

Earlier this month, the FDA ruled that trans fats are “unsafe” in food, which may eventually bring a ban on trans fats in all sorts of food, from baked goods to fried chicken to icing.