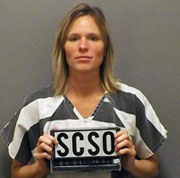 A daycare provider in northwest Iowa is facing charges again for the death of a three-year-old girl. Autumn Elgersma was hospitalized on October 29 and died three days later.

The ruling on the cause of death and other tests led to new charges filed today. Sapp is charged with first-degree murder and child endangerment resulting in death. McAllister said Sapp was arrested at her home, without incident, this morning. She’s being held in the Sioux County Jail. Bond is set at $250,000. At the time of Autumn’s hospitalization, police said Sapp claimed the girl had fallen down a flight of stairs. 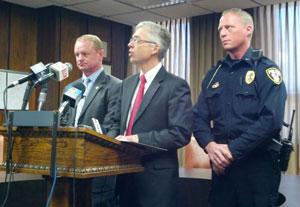 Sapp later admitted she threw the girl to the floor after becoming angry. McAllister was asked why there was a month of delay before these new charges were filed.

“The State Medical Examiner’s office, to their credit, took the time to make sure they did a thorough and complete examination,” McAllister said. “We, like everybody else, were waiting for them to render an opinion for us to evaluate and move forward with charges. That was the reason for the delay.”