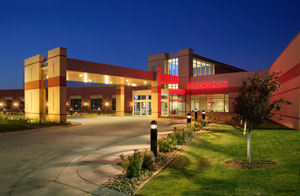 A new report claims the state’s hospitals add more than $6 billion to the state’s economy.

Iowa Hospital Association (IHA) spokesperson Scott McIntyre says his organization compiles the annual report to keep track of the jobs, income, retail sales and sales tax produced by the health care sector. “We do like to share it with the public, as a reminder of that impact, because people don’t generally look at hospitals and health care for their economic benefit,” McIntyre says.

This year’s report found Iowa’s hospitals generate nearly 120,000 jobs. “Hospitals employ, on their own, about 71,000 people and then create another 50,000 jobs as a sort of ripple effect,” McIntyre says. As an income source, hospitals provide $4.2 billion in salaries and benefits and generate another $1.8 billion through other jobs that depend on hospitals, according to the study.

McIntyre says roughly 1 in 5 non-farm jobs in Iowa are related to health care. “We have about 307,000 people who work in the health care industry in Iowa,” McIntyre says. Iowa’s health care sector includes clinicians, longterm care services and assisted living centers, pharmacies and other medical and health services.

Iowa hospital employees, by themselves, spend more than $1.6 billion on retail sales and contribute nearly $99 million in state sales tax revenue, according to the study.