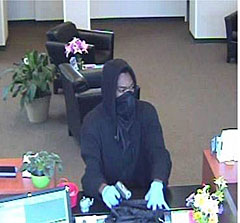 Two banks have been robbed in Cedar Rapids within three days. Both robberies occurred at U.S. Bank branches on Cedar Rapids’ southwest side.

The most recent robbery took place around 4:30 Wednesday afternoon at the U.S. Bank located at 129 16th Avenue SW. Police say a black man wearing a black hooded sweatshirt with a mask over his face entered the bank and displayed a handgun. The suspect demanded cash and left the bank on foot. No one was injured.

The incident follows the robbery of another U.S. Bank branch at 2350 Edgewood Road SW on Monday morning. The suspect in that case did not show a weapon. Investigators have not indicated if the two robberies might be related. 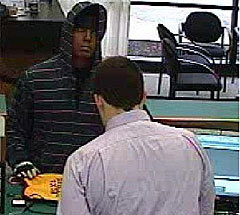 Police are asking for help in identifying the bank robbery suspects. Anyone with information about the bank robberies is urged to call Cedar Rapids Police at 319-286-5400.