You are here: Home / Health / Medicine / IDPH doctor says many factors have made the Ebola outbreak tough to control

A doctor who just returned from Sierra Leone says a poor health care system, local customs, rumors and misinformation have all helped fuel the spread of the Ebola virus in West Africa. Dr. Samir Koirala has been working with the Iowa Department of Public Health in a fellowship program and volunteered to leave Iowa to help with the Ebola outbreak.

Koirala says there are only treatment centers in two districts of the country and everyone infected with Ebola is taken to them for treatment, but there are few records kept of the process.

“If the patient is being transferred and if they die on the way to the treatment center, they will be buried in those districts and the family members won’t be informed about it. So there were a lot of people who didn’t hear anything back from the treatment centers, or from the government,” Koirala explains. He says the burial team does not keep any information on the dead person to send to the family. 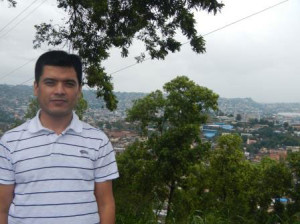 Koirala says the bodies were buried immediately because local custom is to wash a body before burial, but Ebola is spread through physical contact and washing the body would increase the chances of others getting infected. He says without proper records to track Ebola patients, people became afraid to get treated.

“The people know that if they are positive the will be transferred to treatment centers and then (their family) is not going to hear anything back from them,” Koirala says. “So that fear was among them. That was the reason people were not going to health care facilities (for treatment), instead they were hiding in the community and then escaping away from health care providers.”

Koirala’s job was to try and sort out the information on patients and create a database to keep track of those who were infected. He says the doctors are also fighting the stigma associated with the disease. “Once your are tagged with Ebola, then family members and the community are accepting the person,” according to Koirala.”Even if you are diagnosed with Ebola, treated successfully, cured and discharged, then when you come back to your community, your family members and community are not accepting.” 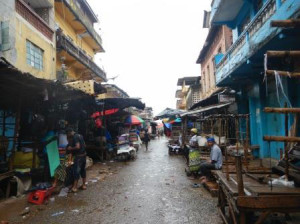 District of Bo where Dr. Koirala worked in Sierra Leone.

Koirala says the situation is further complicated by diseases common to the country — such as malaria and typhoid — which have some of the same symptoms as Ebola. He says people become afraid they might have Ebola when they get the symptoms and don’t want to go in to be treated.

Koirala says misinformation on the disease also runs rampant and hampers the treatment. “Initially there were a lot of rumors, they were not taking Ebola as real. But then one of the most popular doctors died of Ebola and that changed everything for them — they thought this is real — this is not just a rumor going around. And they started taking this thing seriously,” Koirala says.

He heard some of the rumors himself. “There was one rumor saying that there was not Ebola, the health care providers were killing people to sell their blood or organs,” Koirala says. Koirala didn’t work directly with patients, so he says he did not fear for his own safety. But, he says he did take precautions to keep from getting infected.

Koirala is originally from Nepal and is in Iowa on a two-year fellowship with the Iowa Department of Public Health. He was in Siere Leone for 25 days.