You are here: Home / News / County official says Democrats ‘grasping at straws’ with conflict of interest allegation against Ernst 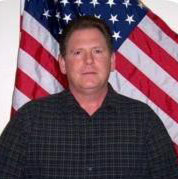 A county supervisor who voted to hire Culver Construction to work on county projects says everyone involved knew the business was owned by Joni Ernst’s father.

Ernst is now the Iowa Republican Party’s nominee for the U.S. Senate. Democrats have been suggesting that while Ernst was the Montgomery County Auditor she failed to disclose her father’s firm was bidding for and getting county business. Bryant Amos, the chair of the Montgomery County Board of Supervisors, says “everyone in the county” knew Culver Construction was owned by Ernst’s father.

“In a small community, that was common knowledge. I really feel that they’re really grasping at straws to find something negative here,” Amos says. “At that time, if there would have been anything at all that was not above the board and politically correct, we would have been put on the carpet right then.”

Culver Construction was awarded $215,000 worth of county contracts when Ernst served as Montgomery County’s auditor. Democrats have charged that’s a conflict of interest. Amos says Ernst had no vote on the matter because he and the other county supervisors opened the bids and voted to award the contracts.

Former Iowa Attorney General Bonnie Campbell — a former chair of the Iowa Democratic Party — last week said state law stipulates that a county official’s “immediate family members” — including their parents — are not to get county contracts. Amos says in a small county like Montgomery County, that could “cut out” a lot of potential low bidders on county contracts and cost taxpayers more money.

“Why would you refuse a low bid because there’s a relationship? I mean, how far does that relationship go? Could it be a fourth, fifth cousin, so that eliminates them?” Amos asks. “I realize this is a lot closer than that, but where do you draw the line?”

Amos says there were a lot of construction firms competing for the work and none complained when Culver Construction was the low-bidder and got the county contracts.

According to the Ernst campaign, Ernst does not have a financial stake in her father’s company and a spokeswoman for Ernst calls the allegations of a conflict of interest “frivolous.”