You are here: Home / Agriculture / Ag Secretary race a debate of voluntary vs. mandatory efforts to curb fertilizer run-off

Water quality is a key issue in this year’s race for state ag secretary. State leaders, including Republican State Ag Secretary Bill Northey, have been encouraging farmers to voluntarily adopt new practices that will reduce fertilizer run-off and soil erosion.

Sherrie Taha, the Democrat who is running against Northey this November, says the voluntary approach isn’t working.

“I understand nobody likes to be told what to do,” Taha says, with a laugh. “I’m definitely in that category, too, but you still have to be responsible to our neighbors and the impact of what’s happening when we do something on the rest of society or our neighbors down the road.” 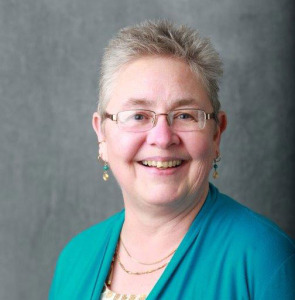 Northey says making certain conservation practices mandatory could be a significant expense and might not ensure the right steps are taken based on things like the type of soil and drainage patterns that are unique for every field. Northey’s department has been handing out “cost-sharing” grants to Iowa farmers for conservation practices.

“To be able to do a better job of keeping those nutrients — that nitrogen and that phosphorous — on the farm and in the crop rather than having it leave the farm,” Northey says.

Taha says there should be more focus on soil health.

“We’ve got to do something more than currently,” Taha says. “The voluntary approach has what has brought us to the position where we have serious pollution problems.”

Taha, an artist who is from Des Moines, is a commissioner for the Polk County Soil and Water Conservation District. Northey, who is from Spirit Lake, is a corn and soybean farmer who was first elected state ag secretary in 2006.