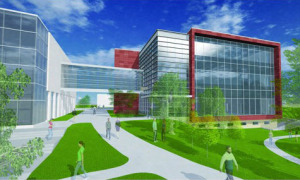 Drake University in Des Moines is planning $65 million in new construction and renovation of campus buildings to go along with some new degree programs. University vice president for admission, Tom Delahunt, says they found a need for more emphasis in some areas.

“We looked at the data that we hand in front of on student demographic information and we found there were some students that were Drake-like students going into programs like kinesiology, occupational therapy, athletic training and datanalytics, and so we started talking about what we needed to do to more forward in what we call STEM at Drake — Science, Technology Education and Math — and how do we go forward in developing these programs,” Delahunt says.

He says the conversation then turned to improving the facilities for the programs as they heard from students who chose to go elsewhere and those who did come to the school, who said the facilities weren’t matching up. “Our faculty I would stack up against anybody in the country, Drake’s got a great reputation, but they’d get to see a lab that’s 30, 40 years old and other schools had put up some shiny new facilities,” Delahunt explains. He says while new facilities don’t always mean you get a better education, the perception that newer is better can sometimes hurt in getting students on campus. 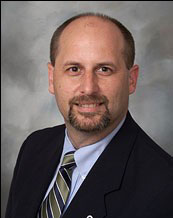 Delahunt says they hope to attract in more students like the ones already studying at the school. “The average distance from home for our students is about five hours, so we have a mix of Iowa students and other midwest areas students,” Delahunt says. “We also have a mix from all over the country, I think we have students from about 44 states, and I think it’s over 50 countries now represented.”

Drake is a private college and he says the new efforts at the three state-supported universities to attract in-state students do put pressure on them to do more to get students to enroll. “There’s always competition, and there’s a lot of private colleges in this state and community colleges in the state,” Dellahunt says. “The pool of Iowa students isn’t getting any bigger, it’s getting smaller as we look forward. And then with increased competition from the regents (schools) because of the funding methodologies going forward, it’s obviously going to heat up the competition. And I think each and every school is probably looking at themselves and saying ‘what do we need to do to be as attractive as possible’.”

The new programs and construction will need final approval from Drake’s board. With that approval, construction could begin as early as summer 2015 and conclude in fall 2017.