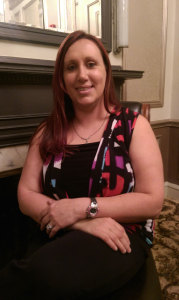 The American Civil Liberties Union filed a lawsuit today on behalf of a Montrose woman who wants to get her voting rights back.

Iowa ACLU spokesperson, Veronica Fowler, says 41-year-old Kelli Jo Griffin lost her voting rights after being convicted of a nonviolent felony drug charge in 2008. “She completed her probation, but under Iowa law she can’t vote any longer,” Fowler says, “and she’s really turned her life around. She is a mom of four, she is involved with her kids, she is a volunteer in our community, she works with women who have been victims of domestic violence. She works with women who have gone through rehab and who are in rehab for drug and chemical addiction.”

Fowler says there is a process where you can apply to have your voting rights restored, but it is not easy. “It can be confusing, it can be time consuming, and there is no guarantee that if you do it, that you can get your right to vote back,” Fowler says. She says her organization has tried to help people work through the process to restore their voting rights. “We have put together multi-page booklets on it, there’s information from the secretary of state’s office, the governor’s office, but there’s still a lot of confusion,” Fowler says. She says they used a number of communications people and lawyers and still found it a difficult and confusing process.

The lawsuit asks the court to restore the voting rights automatically to Griffin and others who have lower-level, nonviolent felonies. “And then we are also seeking an injunction to stop the state from bringing criminal charges against Iowans with past lower-level criminal charges when they register to vote, or they actually vote,” Fowler says. Fowlers says a series of executive orders from Iowa governors covering voting rights for felons made things even more confusing.

She says Griffin was charged in 2013 for voting in a school election. Her lawyer had correctly told her she could vote again after serving her sentence, but by the time she voted, an executive order by Governor Terry Branstad in 2011 had changed her status. It overturned the previous policy that automatically restored the rights of felons to vote and requires them to apply to have their rights restored. A jury acquitted her, but she is still barred from voting.

The lawsuit names Governor Branstad, Iowa Secretary of State Matt Schultz, and Lee County Auditor Denise Fraise as defendants. Schultz’s spokesman says the Secretary of State’s legal department has not yet seen the lawsuit, so they cannot comment on it at this time.

Photo courtesy of the Iowa ACLU.

Branstad snaps back at Holder over felon voting rights