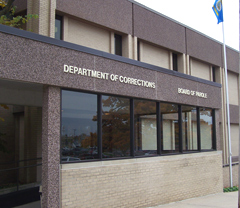 Iowa’s prison population is forecast to grow by 39-percent over the next decade, according to a new report from the Iowa Department of Human Rights’ Division of Criminal and Juvenile Justice Planning.

“It’s just a prediction and we will continue to monitor, but we’ll continue to work the way we are now in trying to keep our prison population stable as well as moving people through the system,” Scaletta says. There are currently just under 8,200 inmates in Iowa prisons that are designed to accommodate 7,276 prisoners.

Scaletta says his agency has been working with lawmakers and the Board of Parole to improve the community-based corrections system and reduce recidivism for inmates who are freed. “So, we’ve been able to stabilize and even lower our population over the last three to four years,” Scaletta said. The 34-page Prison Population Forecast report is schedule to be presented to the Board of Corrections at its meeting in Des Moines.

Scaletta says the predication is made assuming nothing will be done to address the anticipated growth, which isn’t the case ad he says they will continue to monitor the growth and if there are increases that would put the growth beyond their control, they would bring the issue to the legislature.