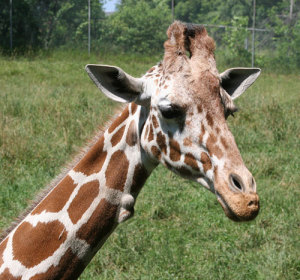 A popular and longtime resident of The Blank Park Zoo in Des Moines has died. Shani was a 21-year-old female giraffe. Kevin Drees, Blank Park Zoo’s director of animal care and conservation, says zoo visitors might remember giving Shani pieces of lettuce, as she was one of the more enthusiastic animals in the zoo’s public feeding program.

“She was definitely over her fear and intimidation of people, and was always willing to participate. Not all giraffes do,” Drees said. “Some giraffes don’t think it’s worth the bother to get the lettuce, but Shani was one of our reliable public feeders.” Shani had lived at the Des Moines zoo since 1996.

The zoo decided to euthanize Shani due to severe ligament and joint issues. The condition continued to worsen and pain medication administrated orally had started to erode the lining of her digestive tract.

“It was decided that her quality of life was the point where we thought we should euthanize her and we did that last Thursday,” Drees said. Drees anticipates the zoo acquiring another giraffe after the facility’s holding barn is updated.