You are here: Home / Crime / Courts / Methamphetamine problem improved in Iowa, but not gone 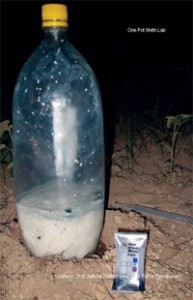 The state drug czar says great progress has been made in getting control of the methamphetamine problem in the state, but the drug hasn’t disappeared.

Steve Lukan, the director of the Governor’s Office of Drug Control Policy (ODCP), says the number of meth labs reported by Iowa law enforcement in 2014 is on a pace to total 172, which would be their lowest number found in 17 years.

“We certainly think that there’s been some real success with the pseudoephedrine tracking system, I think that that as well as law enforcement working a lot of the intelligence side of things have really helped disrupt a lot of the manufacturing that been going on here in Iowa,” Lukan says. Pseudoephedrine is an ingredient in cold medications that is also a key ingredient in making meth.

Lukan says those making the illegal drug in Iowa have had to move to smaller operations. “These labs, while they are a lot smaller, they are just as dangerous and something that we definitely have to keep our foot on the gas as well,” Lukan says. While the Iowa-made meth has decreased, the amounts, potency and use of meth smuggled into Iowa are increasing.

Law officers have seized 64,000 grams of meth so far this year, which is the largest volume seized in nine years. “Because of our location there is a major networking that happens across the county with meth coming up from Mexico. So, one of the reasons you maybe see some higher numbers, is because there’s been some better work done to try to catch that,” according to Lukan.