You are here: Home / Education / Iowa first state to set up ‘infrastructure’ for STEM mentors 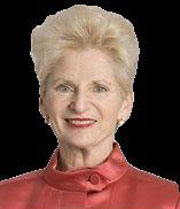 This fall Iowa became the first state in the country to create a public-private partnership to recruit adults who’ll agree to be mentors and encourage young women to enter the so-called “STEM” fields of science, technology, engineering and math.

Frasier’s group is leading an effort to line up one million mentors in the U.S. who’ll push women to consider STEM courses and careers.

“Yes, this is a national movement. It’s an international movement. We’re probably going to have two countries on board by the end of the year,” Frasier says. “We have 25 states who have already signed up, but Iowa is the first to announce this type of infrastructure.”

Iowa’s business community along with state officials unveiled a website in late September to coordinate the mentoring project and Iowa is more than a third of the way to its goal of lining up 5000 adult mentors. During the week of March 23, every state — including Iowa — will hold events to salute the adults who’ve stepped forward to serve as mentors to female students in junior high, high school and college.

Volunteers are being asked to provide mentoring for just 20 hours over the course of a year.

“There are five pathways that we’ve got within these 20 hours and they also include internships,” Frasier says, “and they include all sorts of things you can do.”

Face-to-face chats are the initial suggestion. Some mentors may ultimately help the student find financial support for their college expenses. Frasier says men in STEM fields are 42 times more likely to have had an adult sponsor than are the women studying science, technology, engineering or math. Women who end up getting a job in a STEM-related field earn 33 percent more than females in non-STEM jobs.