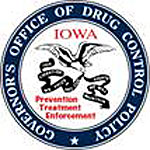 The director of the Office of Drug Control Policy (ODCP) is hoping adults will continue talking to kids about the dangers of methamphetamine. This week has been designated as “National Meth Awareness Week”, and ODCP director Steve Lukan, says the amount of meth that’s made in Iowa has gone down, but the problem hasn’t gone away.

“Even experimenting once with this drug can really lead to some disastrous consequences, and that’s actually one of the main themes, ‘don’t even try it, not even once.’ There is a nice on-line toolkit available that I think would be really helpful in many classrooms, that’s available on our website,” Lukan says.

The number of meth labs found in the state is at its lowest point in 17 years, but meth is still available from other sources. “One of the main challenges we face is the amount and the purity that is trafficked through Iowa and into Iowa,” Lukan says. “We hear from a lot of our law enforcement partners and others just how strong this drug is that is showing up on the streets. The potency again is extremely high, so the challenge has evolved and the challenge has not gone away entirely.”

Lukan says the impact of meth can still be seen as substance abuse treatment admissions for meth last year comprised an all-time high of 14.8-percent of all publicly-funded treatment entries. Also, meth reportedly was involved in more than half of Iowa’s drug-related prison admissions last year. Lukan says something else that is important to note about the fight against meth is that people have been able to be treated and beat their dependence on meth. “Maybe 10 years ago, I think a lot of the public assumed that once you were hooked you were never going to get clean, and that really isn’t the case today. While it is an extremely addictive and extremely dangerous drug, there are people who are coming out of treatment and going on to lead productive lives,” according to Lukan.

When it comes to stopping the meth from coming into Iowa, state figures show law officers have seized 64-thousand grams or more than two pounds of meth this year — the most in nine years.

“I think our law enforcement community has really done some good things with technology, and I think some of the investigations are yielding better results. So that’s I think another area of hope, law enforcement and treatment really working together in the prevention side as well,” Lukan says.

He says its important to maintain awareness of the problem to prevent it becoming bigger. “While this problem has not gone away, I think we have good tools at our disposal to help fight it,” Lukan Meth Awareness Week is sponsored by the national Partnership for Drug-Free Kids and runs through Saturday December 6th. For more information on meth, including how to get help, go to www.Iowa.Gov/ODCP.