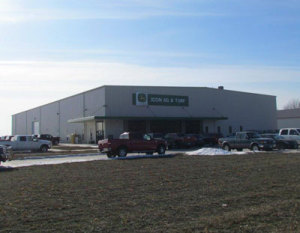 Icon Ag and Turf is expanding its operation.

Despite the struggling farm economy, an agriculture equipment company is expanding its business in northwest Iowa. Officials with Icon Ag and Turf on Thursday celebrated the opening of a new building in Paullina. General Manager Adam Timmerman says the project became necessary due to a lack a space in another facility.

Currently, Icon Ag and Turf has 112 employees. Timmerman said the $3.3 million investment will initially bring the addition of 5 to 7 employees. “If the business grows, it might even be more than that,” Timmerman said. “I think the big thing is, when you build a building like this, it makes the statement that it will be here for a long time.” Timmerman said.

In addition to the store in Paullina, Icon Ag and Turf has stores in Ireton, Doon, Lawton and Le Mars.