You are here: Home / Sports / Panther basketball team looks to build on 7-0 start 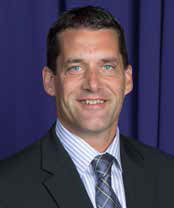 Off to a 7-0 start the UNI basketball team will try to stay unbeaten at home on Saturday against George Mason. Panther coach Ben Jacobson says an early key has been their play on defense, even though he says they still have some work to do in that area. “And a lot of our guys are making plays at different times in different games, it’s been fund to see that,” Jacobson says.

Jacobson says experience has also been a factor as they have played more games in the last 2 weeks than they have had practices. He says the players have done a good job of quickly adapting to the game plan thanks to their experience.

George Mason is 2-5 following a 75-69 loss to Old Dominion on Wednesday night. UNI lost to them on the road last year and Jacobson says they always play hard and he anticipates it being a difficult game.

While happy with the 7-0 start Jacobson says the Panthers can’t be satisfied. “Nobody can take it away from us now, that 7-0 stays with us, but we’ve got work to do to get ready for Georg Mason,” Jacobson says.