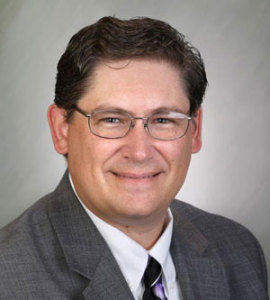 University of Northern Iowa officials are asking legislators and the governor for a $1.5 million boost in state spending to finance UNI’s plan to offer a new degree for a group of community college graduates.

UNI Provost Michael Licari says the proposed bachelors of applied science degree is designed for students who earned a two-year degree in applied science from a community college and are working in the field.

“But now are at a point in their lives where they have an opportunity, perhaps, to move up the chain in their place of work or take a new opportunity, but need a four-year degree in order to do so,” he says.

Licari expects some if not mot of the students who would enroll in this degree program at U-N-I to take the courses online rather than on campus.

“They can finish their four-year degree at the University of Northern Iowa at a distance, so that they don’t have to quit their job and then get that promotion in their job or strike a new path, so this is a workforce development degree,” Licari says. “It’s very practically oriented.”

Licari expects students who would seek a bachlors of applied science to specialize in things like manufacturing technology, computing technology or computer science as well as IT management.