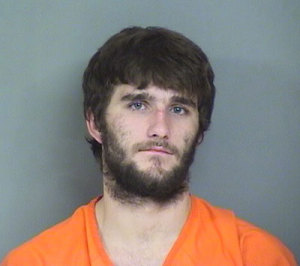 More than two months after a veteran’s memorial was destroyed in eastern Iowa, authorities have made arrests in the case. The damage happened outside the Jones County Courthouse in Anamosa in early November and was first discovered by County Auditor Janine Sulzner, who spoke with KCRG-TV at the time.

“I was just very disappointed and angry that someone would do that,” Sulzner said. The display outside the courthouse involves 10 flags that hang on poles around a war memorial. One local veteran, Bill Goodman, drove to the courthouse to look at the damage after he heard what had happened. “It appears the ropes were cut and all of the flags were stolen. One of the poles is damaged,” Goodman said.

Three local veterans groups worked together to install the memorial in 2001 as a way to honor Jones County veterans who lost their lives in the line of duty. “It’s just a slap in the face and really undeserved,” Goodman told KCRG. “I’m just sorry to see this.” Those same veterans groups helped repair or replace the flags within a week of the vandalism at a cost of around $2,000.

The Jones County Sheriff’s Office reports a recent tip led investigators to find the stolen flags in a garage in Anamosa. Two men, 21-year-old Zachary Hansen and 20-year-old Coty Lukemyres, are now facing charges that include second-degree criminal mischief. Hansen turned himself in to the sheriff’s department, while Lukemyres has not been located.