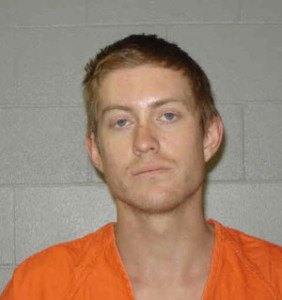 Twenty-six-year-old Michael Schenk was charged in the March 10 shooting deaths of 80-year-old Marvin Huesling and 81-year-old Alice Huisenga. Schenk was also convicted of second-degree arson for setting Huesling’s trailer home on fire in an attempt to cover up the crime.

Crawford County Attorney Roger Sailer said while he’s pleased with the verdict, there’s no reason to rejoice. “Two good people of Crawford County lost their lives and now another young man is going to prison for the rest of his life, so there’s certainly not any feeling of celebration on our part,” Sailer said.

The verdict was delivered after four days of testimony and roughly four hours of jury deliberations. Schenk now faces a mandatory sentence of life in prison without the possibility of parole. “We do anticipate there will be an appeal,” Sailer said. “There typically is in a case of this magnitude.”

Another man, 19-year-old Jayden Chapman of Denison, is charged with murder and arson in the case. His trial is scheduled to begin in late April. A third Denison resident arrested in the case, 37-year-old Erika Dains, pleaded guilty to second-degree burglary and accessory after the fact. She was originally charged with murder and arson, but accepted a plea deal in exchange for her testimony in the other two suspects’ trials.

During Schenk’s trial, Dains said the trio had smoked meth and were at Huelsing’s to steal scrap metal. The shootings happened after their truck got stuck in the mud, according to Dains.