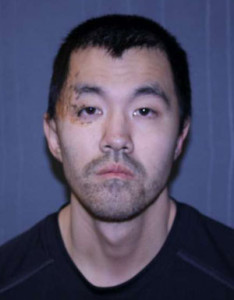 The body of Wilder, who was 29, was found at his home in Sloan by a dog sitter. Court documents state that Schroeder and his wife Amanda accompanied Wilder to his home after leaving a bar in Sloan.

Court information says Amanda Schroeder told investigators that she and another man, Dustin Duncan, overheard her husband say he wanted to commit a robbery and do something big or kill someone before Wilder was found dead.

Woodbury County Sheriff Dave Drew says investigators are still hoping to find an important piece of evidence in the case. “The sheriff’s office is asking anyone who would come across a tri-fold black billfold, it could be anywhere in the area from Sloan to Sioux City to South Sioux (City). Anything with identification that would come back to the victim,” Drew says. Schroeder is also charged with going armed with intent and being a felon in possession of a firearm.

Drew says Schroeder has been previously convicted of felonies twice and was arrested late January 9th on a parole violation. “He has been the focus of the investigation, and the community has not been at any risk because he was in custody within hours,” Drew says.

No one else has been charged in the case at this time. Schroeder is being held in the Woodbury County Jail on a $320,000 bond.