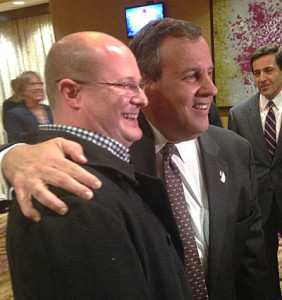 New Jersey Governor Chris Christie said tonight that gambling will not be the “salvation” to any region’s economy.

Christie spoke at a forum in West Des Moines and a woman in the audience asked Christie for his “thoughts on…the expansion of gambling.”

“I’ve told anybody that asked me about the expansion of gambling that it’s no panacea and people really need to understand its restrictions and limitations,” Christie said. “And it’s not going to be a salvation and any politician that gets up and tells you, ‘Have gambling and we’re going to fund this forever,’ — It’s not going to happen that way.”

Last night’s forum was hosted by Republicans in Dallas County. It’s a county where voters have rejected gambling referendums twice, in 1996 and in 2004. Christie said “for many years” gambling was a “growing, thriving industry” in his home state, but he said Atlantic City never adjusted to the “competitive marketplace” that erupted when gambling was legalized beyond the “monopoly” markets of New Jersey and Nevada.

“Now, I have no opposition to the industry itself,” Christie said. “They’ve been good corporate citizens in our state.”

However, Christie suggested the country’s appetite for gambling is limited.

“I think anybody who tries to sell it to you now as a panacea is misleading you,” Christie said.

State regulators recently approved a new casino license for Greene County and the new Wild Rose Casino is scheduled to open next summer in Jefferson. Wild Rose founder Gary Kirke is among the seven major Iowa GOP donors who flew to New Jersey in 2011 to encourage Christie to run for president in 2012. Kirke also floated the idea of a casino in Dallas County back in 2004, but an overwhelming 61 percent of referendum voters were against the idea.

AUDIO of Christie’s speech, followed by Q&A with crowd, 42:00

Casino gambling was legalized in New Jersey nearly four decades ago, but gambling-related bills have reached Christie’s desk during his years as New Jersey governor. He mentioned none of those bills tonight.

Last October Christie signed legislation that repealed the ban on sports betting in New Jersey, allowing wagering on games at the state’s race tracks and casinos. The nation’s four major professional sports sued and a judge issued an injunction last fall, putting the law on hold.

In 2013, Christie signed a bill that allows internet gambling in Atlantic City, a move Christie said at the time was a “responsible yet exciting option” that would make Atlantic City more competitive.

There are currently 18 state-licensed casinos operating in Iowa, an outgrowing the “riverboat” gambling bill Republican Governor Terry Branstad signed into law in 1989. Iowa was the first state to legalize casino-style gaming on riverboats. Iowa’s casinos are no longer required to float and the original daily limits on wagering were repealed two decades ago. The Iowa Lottery was created by legislation Branstad signed into law in 1985.