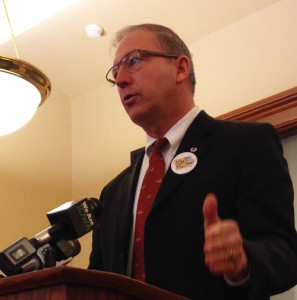 Over 200 members of the Iowa Farm Bureau are at the statehouse today, urging legislators to pass an increase in the state gas tax. Iowa Farm Bureau president Craig Hill says for the past four years this has been a priority for the organization because there is a “hole” in the fund for fixing Iowa roads and bridges.

A bill that would hike the state tax on motor fuel by 10 cents a gallon cleared the Senate Transportation Committee Tuesday and the House Transportation Committee will vote on similar legislation later today. A national organization called “TRIP” issued a report today concluding 27 percent of the state’s major urban roads are in “poor or mediocre condition” and 21 percent of Iowa’s bridges are structurally deficient. 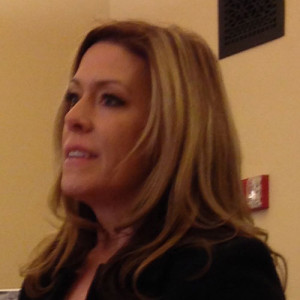 Carolyn Bonafas Kelly, a spokeswoman for the group, said those stats are based on federal data. “Without additional funding at the local, state and federal level, Iowa’s transportation system will continue to deteriorate,” Bonafas Kelly said, “stifling economic growth and progress here in the state.”

Some critics accuse backers of the gas tax hike of manipulating the data to indicate the state’s gas tax receipts aren’t enough to cover the needs in Iowa’s transportation system. Bonafas Kelly said those who drive on Iowa’s roads understand the issue.

“Now we don’t make recommendations in terms of how the state should fund the needed improvements, but I think it is safe to say that the needs are very evident,” Bonafas Kelly said, “and they’re growing each day.”

Hill said farmers are “clamoring” to raise the gas tax because there’s not enough money to fix the state’s roads and bridges, let alone expand the system.

“Our decision to support an increase in the fuel tax was not made lightly,” Presnall said, “but we believe that a sound road system is arguably the most significant economic development initiative that the state can provide and we also believe that it’s the cheapest and fairest method for Iowa taxpayers.”

Members of the Iowa Bankers Association plan a lobby day in Des Moines in March, but Presnall said they’re hoping legislators have passed a bill increasing the gas tax long before that.