You are here: Home / Crime / Courts / Toastmasters works with chapters in 3 Iowa prisons 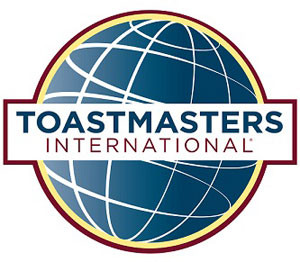 Toastmasters International has a 90-year history with more than 300,000 members in 126 countries. Among the dozens of Toastmasters chapters in Iowa, three are behind the walls of state correctional facilities.

Don Wadleigh is the prison club committee chairman for the region and says they plan to add more prison chapters statewide. “We’ve got active clubs in the state pen in Fort Madison and also in Fort Dodge and we’re just getting started in the women’s prison in Mitchellville,” Wadleigh says. “We’re also talking to Oakdale, Anamosa, Newton, all of the prisons in Iowa.”

In addition, he’s revived a Toastmasters club at the Quad Cities-area prison in East Moline, Illinois. Each prison club has between 25 and 35 members, Wadleigh says, and the inmates who take part look forward to bettering themselves and their surroundings once released.

Wadleigh says, “Most of the fellas are coming out and saying, ‘You know, I really need to do something to give back to my community to make sure the other guys don’t follow my path,’ and that seems to be a real common thread.”

Many former inmates continue on with Toastmasters on the outside, Wadleigh says, and they’re enthusiastic about starting over after serving their time.

“They were in situations where they didn’t have much choice and they made a bad decision because that may’ve been the only decision available to them,” Wadleigh says, “but now that they’ve had exposure to Toastmasters, they are on their way out. We have very close to a zero recidivism rate.”

For the overall state prison population, Wadleigh says the number of inmates who return to prison after release is closer to 35%.

Wadleigh, who’s retired from the U.S. Army Corps of Engineers, lives in the Mississippi River town of Oquawka, Illinois, just upriver from Burlington.