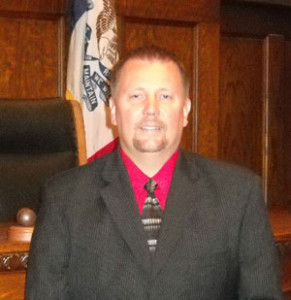 The Iowa Supreme Court has upheld a lower court ruling that speed camera ticket issued by Sioux City did not violate the constitutional rights of a Sioux Center man.

Michael Jacobsma had argued the speed camera ticket violated his right to due process because it never proved that he was behind the wheel of the car at the time.

The Supreme Court ruling says the city is using the cameras to improve public safety. The ruling also says Jacobsma admitted he owned the vehicle, had registered the vehicle, but offered no evidence that someone else was driving the vehicle at the time of the speed camera violation.

Jacobsma spoke with RadioIowa about the ruling. “I am disappointed in the court’s ruling, but I respect their opinion,” Jacobsma says. “I still think that the Sioux City ordinance and other ordinances like it around the state are unreasonable uses of the city government’s power.” Jacobsma is a lawyer who represented himself over the ticket issued after his car was spotted going 67 miles-an-hour in a 55-mile-an-hour zone on Interstate 29 in 2012.

This was considered a civil case, and Jacobsma says the person alleging the wrongdoing has historically always had to prove it, which he says does not happen here. “I still believe it allows them to simply prove that somebody committed a violation without having to prove they actually operated the vehicle. And I just think that’s an overreach by the government. So, I’m disappointed, but I respect the courts opinion,” Jacobsma says.

The ruling appears to center on the fact that Jacobsma didn’t say someone else was driving his car at the time of the ticket. Jacobsma says he agrees with that, but says it was not as key as it appears.

“I think that that was just something that the court used to try avoiding really addressing the main issue,” Jacobsma says. “Because to me, I don’t think it really mattered that much, because the ordinance only provided for one very narrow circumstance to rebut the presumptions that are in the ordinance — and that’s if you file a stolen vehicle report.” He says there was no way in the ordinance to fight the ticket by saying someone else was driving your car at the time of the ticket.

Jacobsma says there is the possibility someone else could challenge the ruling using another avenue. “But otherwise, I mean this really does kind of give blanket authority to any municipality in the state of Iowa to issue these kinds of ordinances. I think it’s unfortunate, because I think it is an overreach of government power,” according the Jacobsma.

Attempts to ban traffic cameras by the Iowa Legislature have failed. The Iowa Department of Transportation did institute rules requiring the cities that use them to prove that they are being used to improve safety.