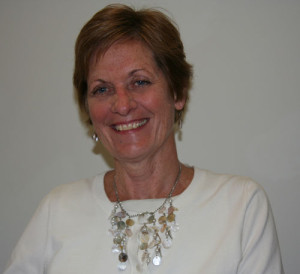 The head of the state agency that’s overseeing construction of the new, but not-yet-opened state prison in Fort Madison says she doesn’t know when the prison may open. A series of design flaws have delayed the transfer of inmates into the new maximum security facility, which was supposed to open nearly a year ago.

A Senate committee quizzed Janet Phipps Burkhead, the director of the Iowa Department of Administrative Services, about the project today and Senator Tom Courtney, a Democrat from Burlington, said after the meeting that he’s frustrated.

“I’m surprised she knew that we were building a prison,” Courtney said. “She acted like she knew zero about it and I’m really getting tired of this thing.”

Senator Matt McCoy, a Democrat from Des Moines, said the agency has gotten $5 million to manage the prison project and Phipps Burkhead needs to provide some answers.

“She’s dodging and deflecting and ignoring the legislature and she wants us to write her a blank check and we’re not going to do that,” McCoy said.

Phipps Burkhead is currently the interim director of the agency. Two-thirds of the state senate must vote to confirm her and McCoy said that vote should be put on hold.

“I’m not going to vote for her until I have a comfort level that she’s going to answer the questions ’cause she’s not answering the questions,” McCoy said. “She’s smart enough to know what she’s doing and she’s dodging.”

During today’s Senate State Government Committee meeting, Phipps Burkhead told McCoy a contractor has drawn up models to test a fix for problems with the system that would ventilate the smoke out if there was a fire in the prison.

“My understanding is they got done with the first modeling, I believe, last week. It may be 4-6 weeks before they finish the modeling. That’s the best I have, but that’s getting to the modeling and then we’ll have to figure out what the resolution is and if there is a design for that. There may or may not be. We don’t know,” she said.

McCoy, in response, said: “Hopefully we won’t have to tear this facility down before we ever use it.”

Phipps Burkhead was also quizzed about the $20 million more a contractor is seeking for work on the project.

“A claim is some type of legal action and these are called requests for equitable adjustment,” Phipps Burkhead said. “…A contractor may think that they did some work, that they should ask for an expansion of the contract cost and that goes through a process.”

And she said her agency is reviewing the contractor’s request. Phipps Burkhead has been leading the Department of Administrative Services on an interim basis since last April. She was appointed to the job after Governor Branstad fired the previous director for lying to legislators about payments to laid off state workers who agreed to keep the details of their exit package secret.

Photo courtesy of the Governor’s office.