You are here: Home / Crime / Courts / Police accuse teacher of being drunk at school 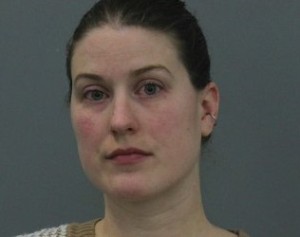 Police say a teacher at Lenihan Intermediate School in Marshalltown was arrested Wednesday for teaching while drunk. A Marshall County Sheriff’s deputy happened to be at the school conducting Drug Abuse Resistance Education classes when information was received about a teacher who may have been under the influence of alcohol. The teacher was interviewed, tested, arrested and taken to the Marshall County Jail.

The teacher is identified as 33-year-old Carrisa Bryant, who is a sixth grade teacher at Lenihan. Bryant posted bond and was released. Authorities say she had a blood-alcohol content of 0.19, which is more than double the legal limit.

School district officials say Bryant has been placed on paid administrative leave. The case has been turned over to the Marshall County Attorney’s office for further review.