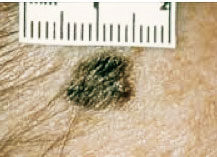 The annual “Cancer in Iowa” report doesn’t show a lot of change in the numbers when it comes to projected new cases of cancer and cancer deaths this year.

The report is compiled by the State Health Registry of Iowa based in the University of Iowa College of Public Health, where Mary Charlton is an assistant professor of epidemiology.

Charlton says better treatment for some types of cancer is part of the reason the numbers have stabilized. She says fore example, treatments for breast cancer have improve and caused the death rate to remain similar. Charlton says they’ve stopped screening as much as they used to for prostate cancer, which means they aren’t finding as many new cases. Lung cancer remains the biggest killer for men and women.

“One out of every four cancer deaths is due to lung cancer, so it’s definitely one of the more deadly cancers, even though it’s not as common as prostate or breast cancer,” according to Charlton. While smoking rates have dropped in the state, Charlton says the odorless, colorless gas called radon has kept lung cancer a concern. “That’s a particular issue here in Iowa. I think people have started to become more and more aware of this issue,” Charlton says. “But people can have relatively high levels of radon in their homes, especially with the newer homes that are built. They are tighter and keep more air inside — as opposed to older, draftier homes that kind of let that gas out. So, radon is another important risk factor to consider with lung cancer.”

Breast cancer is the second leading cause of death for women behind lung cancer — while prostate cancer is second in men behind lung cancer. Charlton says an increasing concern in the study is the number of cases of skin melanoma. “That’s one of the fastest growing cancers in Iowa, and in fact, since the mid-1970s the incidents have quadrupled to the recent time period. So that’s been a major thing to keep our eye on,” Charlton says. Charlton says some of the increase can be attributed to changes in the way melanoma is reported.

She says it’s important to educate Iowans about the problem as it’s one of the most preventable forms of cancer. “Up to 90-percent of melanoma cases are due to ultraviolet light exposure which can obviously be minimized through use of sun screen or protective clothing and not using tanning beds, things like that,” Charlton says. “But for those who are diagnosed with advance melanoma that has already spread, the five-year survival rate for that is only 13-percent. And there hasn’t been a lot of progress made, as it’s very difficult to treat at that stage.” Melanoma rates are highest among older adults, but it is the third most common cancer in kids and young adults.

To see the full report, go to the U-I College of Public Health’s website at: www.public-health.uiowa.edu.