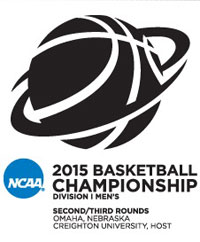 A delegation from Iowa’s largest city is in Nebraska’s largest city today for the NCAA men’s basketball tournament, but they’re not at the CenturyLink Center just to watch the games. Deb Ward, with the Omaha Convention and Visitors Bureau, says it’s a learning experience for everyone involved in putting on the Big Dance.

“We’ve got a contingency from Des Moines coming in,” Ward says. “Des Moines is going to host this thing next year. They’ve never done that before so they’re sort of looking to Omaha for some expertise. Same thing with Wichita. We’ve had a contingency from Wichita. They’re hosting it in a couple of years.”

Omaha has hosted several big sporting events in recent years, including the U.S. Olympic swimming trials in 2012. With huge crowds expected this weekend, Ward says it’s an opportunity for the Omaha-Council Bluffs area to shine — and to enjoy an economic boost. “Back in 2012, we saw a 31% increase in hotel demand over the year prior,” Ward says. “I can imagine it’s going to be that and more.”

Ward says most of the 9,300 hotel rooms in Douglas County, Nebraska, are booked this weekend and those in surrounding areas are filling up. She says area businesses are preparing for large crowds. “The beauty of this is, of course, there’s things to do between the games and there’s the Saturday off day when we’ll have a lot of visitors looking for things to do,” Ward says. “They’ll be out exploring the bars and restaurants and shops and attractions which is a bonus.”

The Henry Doorly Zoo and the Durham Museum are expecting an increase in visitors, along with Omaha’s Old Market area, and the casinos on the Iowa side of the river.