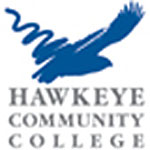 Hawkeye Community College officials in Waterloo have announced plans to begin offering athletics. Sports shooting is the first step in a plan to add up to six sports by the fall of 2019. Dave Ball is the director of admissions and student life at the school.

“We were one of only three other community colleges in the state of Iowa that were not offering sports opportunities for our students,” Ball says. In addition to sports shooting, Hawkeye plans to phase in a number of other sports for both men and women – including: soccer in 2016, track & field and cross country in 2017, golf in 2018, and bowling in 2019.

Ball believes the move will attract more high school students from the Waterloo area to enroll at Hawkeye Community College. “A lot of our students had to leave our service area, our region, to go compete after high school,” Ball says. “We want to make sure they have opportunities to stay close to home.”

The teams will be known as the Hawkeye RedTails. A proposed increase in the current $2 student activity fee would help pay for athletics at the college. That requires approval from the Hawkeye Board of Trustees. “We will be funding (the addition of sports) with a $1.50 increase in our student activity fee,” Ball says. “The Board of Trustees will (consider) that proposal in May.” Ball says Hawkeye will designate itself a Division II school so it can provide scholarships.

The RedTails will compete in the Iowa Community College Athletic Conference, which includes 15 colleges in Iowa and one in Nebraska