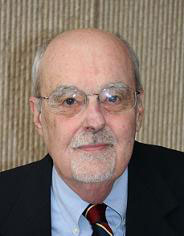 A state senate committee has voted to release the nomination of Iowa Department of Human Services director Chuck Palmer to the full senate for a confirmation vote.

Governor Branstad has nominated Palmer to serve another four years as director of state government’s largest agency. Senator Rich Taylor, a Democrat from Mount Pleasant, will vote no  because of Palmer’s decision to close the Mental Health Institutes in Mount Pleasant and Clarinda.

“I just think that director Palmer’s lost his way,” Taylor says. “He used to have the best interests of the most vulnerable citizens of Iowa at heart and I think he’s lost that.”

Palmer is 76 years old and has served 14 years as the agency’s director. To continue in the job, Palmer must get “yes” votes from 34 of the 50 senators. That is the two-thirds threshold of support in the senate that’s necessary to win confirmation to key jobs in state government.

The Senate Human Resources Committee on Tuesday voted to make Palmer’s nomination eligible for a vote in the full senate, but the committee isn’t recommending whether senators should vote against Palmer or allow him to continue at the department. Taylor was the only member of the committee to express himself as an outright no on Palmer’s nomination.

“I don’t believe that it’s totally his decision to close down these MHIs, but he is taking ownership of it,” Taylor says. “If you’re going to fall on the sword, usually that’s going to kill you and, in my opinion, it has ended his usefulness as our head of the Department of Human Services.”

Other senators say Palmer has one of the toughest jobs in state government and they credit him with providing stable leadership during difficult times. Others, like Taylor, have complained about the “sneaky way” legislators learned the Mental Health Institutes were closing, since there was no public announcement and the closures were discovered buried in Governor Branstad’s proposed budget outline.