You are here: Home / News / Wilco and Weezer to headline 80-35 Music Festival 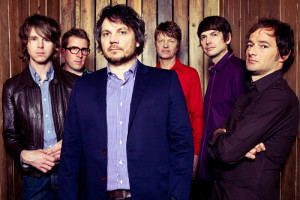 A pair of veteran rock bands will headline the 80-35 Music Festival this summer in downtown Des Moines. Organizers of the outdoor festival, now in its eighth year, announced this morning that Wilco and Weezer will serve as the headliners for event on July 10 and 11.

Amedeo Rossi is in charge of booking 80-35. “You know, we have two really solid acts,” Rossi says. “One of them that’s been in the (Des Moines) market a couple of times and is well known for its festival (performances) in Wilco. And Weezer is an act that’s been around for a while, but is still generating a lot of excitement with a new album.” 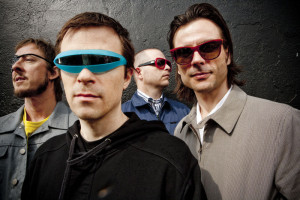 In previous years, the 80-35 Music Festival had been held over the first weekend in July. Rossi says moving the event away from the Independence Day holiday provided a few more opportunities for booking big name acts.

“At times, we’ve had a difficult time booking the event. You know, how it sells and how many people come out, based on the new dates, we’ll see,” Rossi says. The first lineup announcement today for the 80-35 Music Festival includes 21 of the more than 50 acts that will be featured on three stages.

Chicago-based Wilco will headline the festival on Friday, July 10. Weezer will serve as the headliner on Saturday, July 11. Advance two-day tickets are on sale now for $59 and one-day tickets for $39. Ticket prices will increase in mid-May.