You are here: Home / Business / ‘Dash for Stash’ offers prize for learning about investing 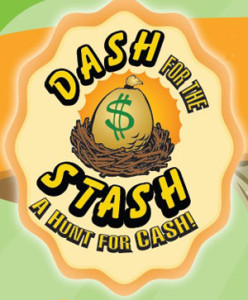 A contest will be launched in Iowa and four other states next week that offers to bolster players’ financial literacy while offering a chance to win a $1,000 prize. Joanne Kuster is the multi-state coordinator of Dash for the Stash, which sends people to their nearest public library starting April 15th to find a series of four posters that offer advice about things like investing for retirement.

“The point is, you read a poster, you scan a QR code and it leads you to a question that you answer,” Kuster says. “Now, in a scavenger hunt, you’re usually picking up and collecting things, but in our hunt, you are collecting investor education information and leaving your answer.” The goal is to impart some financial knowledge in a fun way.

Dozens of libraries are taking part in the contest, but Kuster says you should first log on to “iinvest.org” to make sure your local facility is participating. Then, you can head to the library in person to find the four posters.

“Topic number one is finding a good financial advisor and how you sort that out,” Kuster says. “Number 2 is investment fees and what you think you should be paying, or shouldn’t, and some clues on that. Number 3 is investor fraud because there’s so many ways that people like to have you part with your money, and number 4, building a nest egg.”

Iowa first hosted the contest last year as a pilot project and it’s being expanded this year to Connecticut, Illinois, Missouri and Nebraska, as well as the District of Columbia. One winner in each state — who answers all four questions correctly — will be chosen at random and awarded $1,000 to open or add to an Individual Retirement Account, or IRA.

The contest winners will be named on May 16th.