You are here: Home / Education / Axelrod says Iowa’s Caucuses are the ‘toll booth’ to the nomination 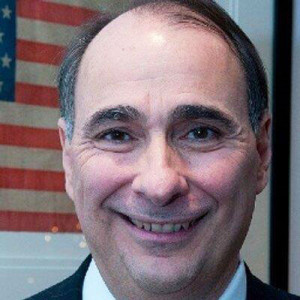 One of President Obama’s chief political advisors says Hillary Clinton “will do very well” in Iowa’s 2016 Caucuses if she is like the candidate who emerged after her 2008 loss in Iowa.

David Axelrod has written a book about his 40 years in politics — including his experience guiding candidates through the 1988 and 2008 Iowa Caucuses — and he’s scheduled to speak at Simpson College in Indianola tomorrow night.

“I covered the Iowa Caucuses as a reporter when I was the political writer for the Chicago Tribune and I know that the Caucuses as well as the New Hampshire Primary come in from a lot of criticism from folks in the rest of the country who think it’s unfair that people in Iowa and New Hampshire have so much of a say,” Axelrod said this afternoon, “but I found it the most compelling part of the process.”

According to Axelrod, Iowa and New Hampshire are the only places where candidates “actually interact with people in a genuine way.” Axelrod, who spoke with Radio Iowa by phone, said he saw two Hillary Clintons in 2007 and 2008. The first was the “very cautious…inevitable” candidate.

“In 2008 after she lost the Iowa Caucuses, she became a much more effective candidate because her own vulnerabilities were exposed,” Axelrod said. “She was more revealing of herself. She threw caution off and really came across as someone who connected with people, advocated for people. If she is that candidate, I think she’ll do very well.”

Axelrod was an advisor to Illinois Senator Paul Simon’s 1988 campaign. The Simon and Obama campaigns, according to Axelrod, viewed the Iowa Caucuses as a sort of “toll booth through which one had to pass to get the nomination.”

“The thing that changed in 2008 was Obama vastly expanded the universe of participants in the Iowa Caucuses and showed that was a viable path to victory,” Axelrod said. “I look at what Rand Paul’s trying to do on the Republican side. I suspect he’s studied that model pretty carefully.”

Axelrod is at Southern Illinois University in Carbondale for a speech there tonight, but he’s often in residence at the University of Chicago where he has founded the Institute of Politics. Axelrod, who  left the Obama White House in early 2011 to work on the president’s 2012 re-election campaign, is no longer a 24/7 advisor to Obama. Now, Axelrod said his goal is to inspire a new generation of young people to get involved in politics.

“Presenting politics as something more than a game of the ‘Red Team’ versus the ‘Blue Team,’ but rather a vehicle to improve the country and communities and build a better future,” Axelrod said. “I still believe that.”

“Believer” is the title of Axelrod’s book.