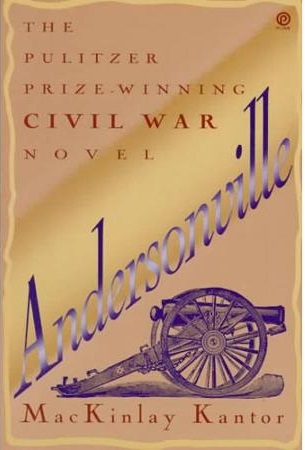 The grandson of Pulitzer Prize-winning author and Webster City native MacKinlay Kantor will be in Iowa later this month.

Tom Shroder is also an author and he’ll be in Webster City talking about his grandfather’s life and his 30-plus novels. Shroder says he’s ashamed to admit he didn’t become a fan of his grandfather’s writing until much later in life.

“I think this is sort of a common thing with children of authors,” Shroder says. “I was kind of blind to his books growing up. I knew he’d written a lot of books and I knew that he’d gotten a Pulitzer Prize for ‘Andersonville’ and yet, I’d never really read any of them.”

A former editor of the Washington Post Magazine, Shroder has written four books of his own and says his next project is to write a book about his grandfather’s life.

“All of my grandfather’s papers were donated to the Library of Congress and I live in the D.C. area,” Shroder says. “So, I’ve been spending the past few months digging through the thousands and thousands of letters and documents and articles concerning my grandfather.”

This year marks the 60th anniversary of the publishing of “Andersonville,” which is set during the Civil War in a Confederate prison for captured Union soldiers. The book won the Pulitzer Prize in 1955.

“As a writer myself, I deeply appreciate what a master of craft he was,” Shroder says. “Many times, I’ll be reading a passage and I’ll think, ‘How did he do that?’ because they really make you feel like you’re experiencing a moment and this is a moment of a world that’s vanished.”

“Andersonville” was considered by many to be the greatest of the Civil War novels. Kantor died in 1977.

Shroder will present his program at the Webster City Community Theater on April 23rd at 6:30 PM. There’s no charge. He will also have a writer’s workshop at Webster City Middle School on April 25th. Learn more at: www.kylib.org