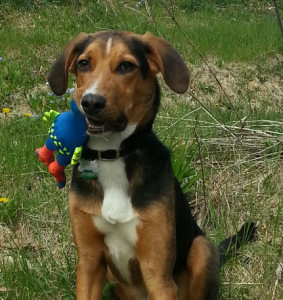 Iowa’s first case of dog flu has been confirmed in Sioux City.

The virus has swept threw the Midwest, sickening more than 1,000 dogs and killing at least five in the last month. But, until now, it had not been detected in Iowa.

Doctor Jeff Bottger, with Art and Science Pet Services in Sioux City, says the dog flu, known as H3N2, is of greater concern to pets that may have other medical issues.
“Really, the biggest concern…is it doesn’t spread to any dogs that might have a disease like leukemia or lymphoma or something that would put them at a greater risk for complications,” Bottger says.

The canine flu symptoms are similar to those when humans get the flu. “All around just general not feeling well, hacking, and dry, nonproductive coughs,” Bottger says. “Those sorts of symptoms are what you’re going to see — kind of an upper respiratory issue.”

As a precaution, the city of Sioux City has closed a dog park until at least May 6. Bottger says it’s a good idea for dog owners to keep their pet away from other dogs.

“When you go to the vet’s office, make sure your dog is on a short leash and you can keep them beside you the whole time and away from coming in contact with other dogs,” Bottger says. The veterinarian who treated the sick dog last week in Sioux City has said the owners reported the dog’s health was improving this week.