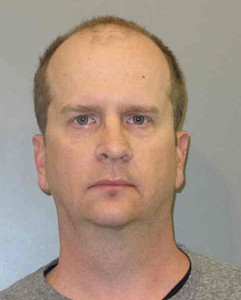 The owner of a Burlington photography studio and ex-City Councilman was arrested Wednesday after police say he sexually molested several teenage customers. Forty-year-old Christopher Lee King,the owner of Daisy Frames Photography Studios in downtown Burlington, is facing two charges of sexual abuse in the third-degree, and three counts of providing alcohol to a minor.

Several parents contacted Burlington Police in February, concerned that King had sexually abused their teenage daughters. Police say that King, on multiple occasions, contacted teenage customers through social media following their initial sitting, offering them “discounts” on their photo sessions if they came to the studio to “assist” King.

King would then, allegedly, provide the teenage girls with alcoholic beverages and drive to locations in rural Des Moines county, where according to police, he would expose his genitalia, fondle the victims and force them to “play” sexually oriented games.

Search warrants conducted on King’s home and business turned up items that police say corroborate with the victim’s reports. King was arrested at his home on Wednesday without incident. He served on the Burlington City Council between 2002 and 2005.

Multiple victims have been identified and additional charges are pending.