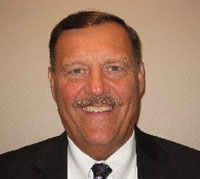 A key senator says there are not enough votes in the senate to confirm the director of the Iowa Law Enforcement Academy for another four-year term.

Arlen Ciechanowski has served as director of the agency that trains law enforcement cadets since 2011, but Senator Steve Sodders says there are significant concerns about recent allegations of sexual harassment within the agency.

“There are a lot of senators who think that was mishandled and want sort of a complete change in culture,” Sodders says.

“We don’t need a black eye with the Law Enforcement Academy or law enforcement. I mean, we’re kind of getting beat up around the country,” Sodder says. “And so anything that we can do to make sure people know that it is a professional organization and the cadets are being trained without harassment or any of these other things, that’s what we want to make sure we’re promoting.”

Sodders is a 1988 graduate of the Iowa Law Enforcement Academy and Sodders says Ciechanowski was one of his instructors.

Last month Governor Branstad said Ciechanowski would meet privately with senators to answer any concerns they may have about his leadership. Ciechanowski is the only one of dozens of Branstad’s appointments to key state government positions who has not been confirmed by the senate this year. To win confirmation, a nominee must get the support of 34 of the 50 state senators.