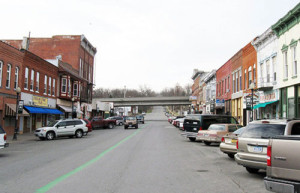 A survey of small towns in Iowa finds some of the sense of community has slipped, while the local gas station or convenience store continues to be the most popular place to swap gossip. The Iowa State University survey began in 1994 and is repeated every decade to get a read on small towns in each of the state’s 99 counties.

Terry Besser of ISU led the 2014 survey and says they found a gradual erosion of what they call a sense of community among residents. “Which is this notion that people in this town share common goals and they’ll put aside their differences in order to work together to solve problems,” Besser explains.

She is a sociology professor, and says part of that loss of a sense of community is fewer people volunteering. “Across the last 20 years, a smaller percentage of people indicated they’re active, and a smaller percentage have participated in the last 12 months in a community improvement project. So, those are areas that towns need to focus on,” Besser says.

Besser says 10 years ago one of the biggest reasons cited by people for not being involved was not enough time. The top reason given in the latest survey was different. She says the top answers were “Nobody asked us to get involved or I don’t know how to get involved” were the top reasons. Besser says she doesn’t know how to take that because the person may’ve not been asked to get involved after turning down requests in the past. Less than 30 percent of residents rated jobs and shopping as good or very good, but that was up from 15 to 16 percent in the previous survey.

School and church activities had long been considered the center for small-town gatherings to share information, but in 2004 those who responded to the survey wrote in convenience store as the top place. Besser says they followed up on that in the latest survey. “The gas station/convenience store sort of peaked our interest — so in 2014 we listed that as a choice — and the comes up as the number one place where people say they get together and socialize with other folks in town,” Besser says.

She finds the convenience store response interesting and maybe worthy of more study. “I think there’s a dissertation someplace waiting to be written about what role convenience stores are playing in helping to build or sustaining small-town communities,” Besser says. While they found erosion of the sense of community, Besser says not everything in the survey was negative.

“One thing we were surprised at in 1994 were the strong ratings given to local government services — things like emergency response services, parks, police protection, fire protection,” according to Besser. “And that has continued, and if anything it had increased. So, people are evaluating those things very positively in small towns.” Residents were less satisfied with non-governmental services, such as housing, child care and medical services.

But people still like the way they are treated by others in small towns.”People are still describing their small towns as being places that they think are friendly, safe, well-kept, and that also, the change has been positive,” Besser says. Overall, Besser says small towns should be pleased by what was found in the survey.

“I want small towns –people who live in those small towns, people who care about those small towns — I want them to feel heartened by that. Because areas that I know some leaders focused on — like programs for youth, medical services — the ratings for those have increase across the board,” Besser says. “So, I think that’s very good news, and I don’t think small towns get good news often enough.”

The main reasons people live in a particular small town have not changed since researchers conducted the first survey in 1994. The top two reasons are family ties and they grew up in town. Proximity to work is also important. Besser says those strong family and social ties are a strength and a challenge for many small towns in Iowa. The survey was funded by a grant from the U.S.D.A. National Institute for Food and Agriculture. The full report of the survey findings is available at: www.soc.iastate.edu/rdi/99communitystudy. The link also includes individual reports for all 99 communities.