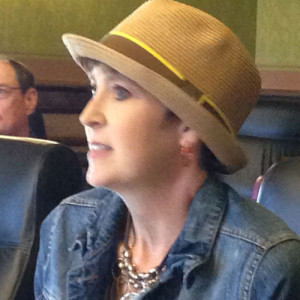 A small group of “exhausted” and “angry” advocates for medical marijuana held a statehouse news conference late this morning, criticizing lawmakers for failing to pass a bill that would legalize marijuana as treatment for medical conditions that cause seizures, persistent pain, nausea and other chronic ailments.

Maria La Franz of Des Moines wants cannabis oil for her son, who suffers from severe epilepsy. “In my opinion, this year’s governing body has failed and deserves a big fat F,” La France said. “Fix this, representatives, before you go home. Fix it this year. Fix it this week.”

Legislators passed a bill last year that decriminalized possession of cannabis oil for patients with chronic epilepsy, but cannabis oil is not produced or distributed within the state and patients and their families risk arrest elsewhere by going out-of-state to get it. La Franz is emotionally drained by the effort to convince lawmakers to act.

“I’m exhausted. It’s not a pleasant experience for me to come up to the capitol,” La Franz said. “…I’ve done all I personally can do and it’s time for other Iowans to use their voice, people potentially who have been quietly breaking the law.”

Sally Gaer of West Des Moines has a daughter who suffers from chronic seizures and she, too, has spent countless hours trying to convince legislators to legalize medical marijuana.

“The majority of Americans have access to safe medical cannabis programs, but Iowa can’t have that. It doesn’t make any sense and we’re tired,” Gaer said this morning. “Our kids aren’t doing that well. We have people with cancer…It boggles my mind that there’s no compassion.”

Lori Tassin of Des Moines — a cancer patient — said she is “outraged” that the House voted to legalize fireworks, but not marijuana.

“Please be our heroes and legalize medicinal cannabis,” Tassin said. “This bill can help so many sick Iowans.”

“My mother died and on her death bed she was crying for medical cannabis to maybe help her pain,” Norgart said.

Some of the advocates say they’ll turn their attention to the 2016 elections, hoping to make medical marijuana an issue in legislative races as well as the presidential contest that will play out in Iowa before the Caucuses. But Rachel Moses, a Des Moines woman who suffers from chronic pain, said for many of those who would benefit from medical marijuana, it’s just too difficult to engage in the political process.

The 2015 legislative session is heading into its closing hours and the bill to legalize marijuana is not among the items legislative leaders have on their “to do” list.