You are here: Home / Health / Medicine / U-I study shakes up thinking on salt in our diets 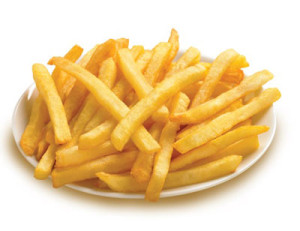 A University of Iowa study defies all conventional dietary wisdom and shows a high-salt, high-fat diet actually prevents weight gain — at least in mice. Justin Grobe, a U-I professor of pharmacology and co-author of the study, says he doesn’t want people to get the wrong message from the research.

“There’s really no doubt that increased salt intake is bad for us,” Grobe says. “There’s decades and, really, centuries of data that back up the idea that too much salt is bad. And as a card-carrying member of the American Heart Association, I really have to reiterate the point that more salt is bad.” The study began with a simple premise which Grobe refers to as “the french fry hypothesis” that salty, fatty foods taste good and the more of them we eat, the fatter we get. 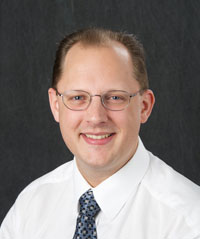 While the results were unexpected, Grobe says the research was far from a failure. “I like to say that we were beautifully wrong,” Grobe says, “because not only was our ‘french fry hypothesis’ not true but in fact the opposite appeared to be true, that more salt actually protected the animals from weight gain.”

The findings suggest that public health efforts to continue lowering sodium intake may have unexpected and unintended consequences. While too much salt is bad for us, too little salt is also harmful to the body, so there needs to be a happy medium — it’s just not clear where that is yet.

“Our study highlights the need to continue to study exactly where the ‘sweet spot’ is for the right amount of salt for different people of different backgrounds and different cardiovascular risks,” Grobe says. “It underscores the need for continued, but more importantly, very nuanced discussions of sodium recommendations in the diet.” He adds, the findings point to the “profound effect” which non-caloric dietary nutrients can have on energy balance and weight gain.

The study was published in the journal Scientific Reports on June 11th.