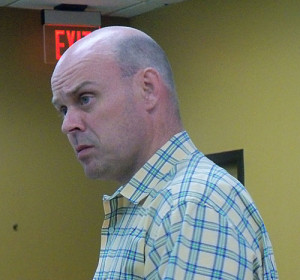 The Iowa Environmental Protection Commission voted 7-2 today to do away with a requirement that developers put 4 inches of topsoil back on construction sites. The change is controversial, as developers argued the 2-year-old 4-inch soil requirement made homes more expensive and was not enforced the same way at every site. Those in favor of the rule say it is important environmentally for growing plants and trees, and also helps slow water runoff.

EPC member Bob Sinclair of Sigourney tried to offer a compromise to the proposed rule change. “Basically the intent of what I am doing is we’re turning this into the rule of preserve topsoil, or a minimum of four inches if you don’t preserve topsoil,” Sinclair explained.

The change requires the topsoil to be replaced unless that was “infeasible.” Sinclair says his change would be more precise. “If you take all the topsoil off — you put it in the corner — you’ve got to put it all back onto the lawn and spread it out evenly,” Sinclair explains. “Or, if you don’t do that, you’ve got to make sure there is four inches everywhere. If you are going to truck it off and sell it, or truck it off and not use it — it has to be a minimum of four inches.” 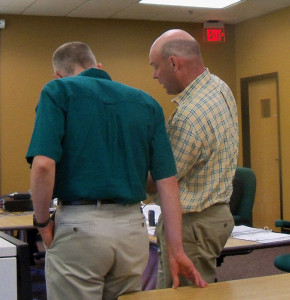 He says his version would prevent developers from stripping the topsoil and not leaving any. “What I’m saying is, the four inch rule only comes into play if you chose to take topsoil off the property and not bring it back,” Sinclair says. The commission discussed Sinclair’s proposed change for a time, but commission members expressed concern that changing the rule would require them to start the process of public input all over again.

Commission member Chad Ingels of Randalia made the motion that the EPC approve the rule as presented. He says there’s enough room for more restrictive rules on the local level. “Each city can develop their own requirements within their jurisdiction to have more restrictive topsoil requirements within their permitted areas,” Ingels says. He says people who want to see tougher rules can speak with local officials.

“I mean, if you have issues within your local city, it’s time to go to your city council and address this issue a little more locally,” according to Ingels.

Ingels says he listened to the proposed changes by Sinclair, but says he already sat through 16 months of comment and discussion on the issue and didn’t want to start that all over. “And I’m not sure there was an easy way to modify it — it was going to be a long process — and I don’t think we would have come out much different than we are right now,” Ingels says.

Sinclair and Nancy Couser of Nevada were the two votes against the change. The rule covers construction sites that require a stormwater permit. DNR officials say the change will be published and it’s expected the new guidelines for replacing topsoil will begin on August 12th.