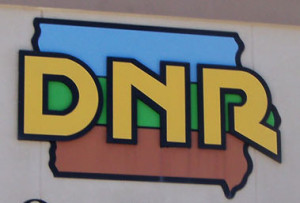 State regulators approved a new rule Tuesday to do more to control on one of the largest water sources in the state. The rule sets up a system for existing and future wells that tap into what’s known as the Jordan Aquifer.

Diane Moles of the Department of Natural Resources, says the rule approved by the Environmental Protection Commission (EPC) will address the continued increase in water use from the aquifer. “What this rule is meant to do is to look at the use of the Jordan Aquifer in the state and make sure that we are protecting it on a sustainable basis for future use,” Moles says.

The rule creates a tiered group that uses past history on the aquifer to see how water use is impacting the level of water remaining. “So where the water level is at, is that so much below where the water level was in 1978? And as it gets more and more apart, then restrictions may be put on how much is available. The system may have to put in a water-use conservation plan, a water reduction plan,” Moles says.

The Jordan Aquifer covers a large area of the state from northeast Iowa where it is at the surface, all the way down to southwestern Iowa. “It’s not used too much in southwest Iowa, but in central Iowa where we are at here, it’s about 2,000 feet down. So, think of a table top that’s tilted going from the northeast down to the southwest,” she explains.

They have identified the parts of the state where the tier system will be in place. “We’ve got three areas of concern — the Johnson County area, Linn County area and Fort Dodge, the Webster County area there ,” according to Moles. “And in those areas — we call them protect sources — in essence what that means is the department will be doing all the permitting there, the counties will not be permitting Jordan wells in those areas. And they are specifically delineated in the rule.”

Mole says they don’t keep track of the number of people using water from the Jordan Aquifer, they count the number of water systems, and there are around 100. “They’re not just public water supply systems, they can be industry…this Jordan Aquifer is not typically used for irrigation in these areas. There are a wide variety of uses that it could be and certainly public water supplies are a part of that,” Moles says.

She says the goal is to keep the water from running dry for any of the users.”Making sure it’s sustainable,” Moles says. One of the EPC members asked why there were so few public comments on the rule. Moles says they did a wide variety of outreach to explain the issue and had good support from the public and business in what they are trying to do to keep the water supply viable in the Jordan Aquifer.

The EPC met at the DNR Air Quality Bureau in Windsor Heights.