You are here: Home / Crime / Courts / U-I professor says after today’s ruling, it’ll be difficult to get rid of ObamaCare subsidies 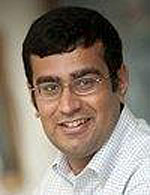 “And it was interesting that the opinion seems to foreclose any future administrations from changing the current interpretation of the law,” Grewal says.

Grewel says some court observers thought the justices might base their decision on some “ambiguous provision” that a future president could undo.

“But the Supreme Court seems to say quite clearly that there’s only one inevitable result and that’s credits are allowed on federal exchanges,” Grewel says.

Up to 35,000 low income Iowans stood to lose the federal subsidies they used to buy private insurance if the ruling had gone the other way. Grewal argues it will be difficult for politicians to tell the 90 million Americans who are getting their health insurance through the government exchanges that they’re repealing the law and changing the rules again.

“If there’s a time to do it, it would have been before the law went into effect, but now that millions of people are receiving subsidies and participating in the system, it would be unrealistic to completely alter the landscape,” Grewal says.

Three Republican presidential candidates are campaigning in Iowa today. Mike Huckabee calls the ruling “an act of judicial tyranny” and he says congress should “admit they screwed up” and repeal the law. Rick Santorum, another GOP candidate who’s campaigning in the state, calls the ruling a “reminder” that in order to get rid of ObamaCare, the nation must elect a “conservative president.” Ben Carson, who is a retired surgeon, says he’s “deeply disappointed” by the ruling, but he urges ObamaCare opponents to “redouble” their efforts to repeal the law rather than “waste time and energy mourning” today’s decision.

Republican Senator Joni Ernst is the only member of Iowa’s congressional delegation to issue a statement this morning. Ernst calls ObamaCare a “poorly conceived and reckless law” that should be repealed and replaced with a “workable solution.”

(This post was updated at 10:55 a.m. with additional information.)