You are here: Home / Human Interest / 25th anniversary celebrations planned for the Americans with Disabilities Act 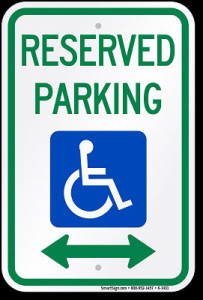 Community celebrations are planned over the next few days in several Iowa cities to mark the 25th anniversary of the signing into law of the Americans with Disabilities Act, or the ADA.

The bill was authored by now-retired Iowa Senator Tom Harkin and it brought sweeping change to the lives of millions. Rik Shannon, public policy manager for the Iowa Developmental Disabilities Council, calls it landmark legislation.

“What the ADA did was establish a clear and comprehensive mandate for the elimination of discrimination against individuals with disabilities,” Shannon says. “It’s expanded opportunities for Americans with disabilities, it’s reduced barriers, changed perceptions and it certainly increased opportunities for greater participation in community life.”

About 376,000 Iowans are considered to have some sort of disability, but Shannon emphasizes, the benefits of the ADA are many and reach more than just people with disabilities.

The landscape has changed dramatically over 25 years, with things that are now commonplace like ramps instead of stairways, automatic doors, curb cuts, and reserved, accessible parking spaces with the familiar blue-and-white wheelchair symbol.

“We have restaurants, grocery stores and public buildings that are accessible to people,” Shannon says. “That’s also a good deal for many of our seniors, for moms who are managing strollers and for people with other types of mobility issues who may not necessarily consider themselves people with disabilities.”

The ADA was signed into law by then-President George H.W. Bush on July 26th, 1990. While it’s been two and a half decades for changes to be implemented, Shannon says there’s still work to be done. “We really haven’t reached the full promise yet of the ADA,” Shannon says. “One area in particular is the area of employment. We would like to see more people employed in the community, fewer people in segregated employment. It’s going to take more advocacy and it’s going to take a great deal of action on the part of people who feel strongly about that subject.”

Next week, Iowa is hosting a national event that’s focused on emphasizing the abilities of people with disabilities. The Ms. Wheelchair America Pageant will be held in Des Moines July 30th through August 1st. It’s not a beauty contest but a competition based on accomplishments since the onset of the disability.