You are here: Home / Agriculture / Some farmers have an eye on August hoping for rain to finish crops 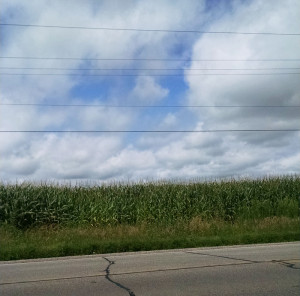 A cornfield in northeast Iowa.

A majority of the corn and soybeans in the state remain in good to excellent condition according to Monday’s U.S.D.A. weekly crop report.

Some farmers though are worried about whether they’ll get enough moisture to see their crops reach their full yield potential.

Iowa State University Extension Agronomist Paul Kassel monitors 10 counties in northwest and north-central Iowa. “Our crop looks excellent. The concern right now is dry weather. We have some areas that have only had a couple of inches of rain in July. And some of that is starting to show up as wilted areas and stressed areas in some of the lighter soils,” Kassel say.

Kassel says anyone driving by looking at the soybeans and corn might wonder why farmers are still concerned. “Soybeans are shading the rows and the corn is a really good color and so forth. You know, we’ve had some dry August in this part of the world, and typically the rainfall chances go down in August… and so that is in the back of everyone’s mind,” Kassel says. “We have a beautiful crop, but if we don’t get some additional rainfall through August we could see our yield potential go down.”