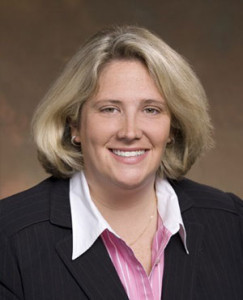 The search committee for the new University of Iowa president is getting closer to interviewing candidates. The committee is working with the Parker Executive Search firm and firm president Laurie Wilder told them during a teleconference Thursday they should have their notes in on the potential candidates by Monday.

The committee was instructed to put all their comments on a secure website provided by Parker to keep the information confidential. Wilder talked about the pool of interested candidates. “There are 44 individuals who have submitted their materials for consideration, and we have six additional potential candidates who are still in the process of making that final decision,” according toe Wilder. She says concerns about confidentiality have kept some candidates from taking the final step to say they are candidates for the job. She says that won’t necessarily keep good candidates from being involved, as she says it’s “never over until its over.”

“As you recall in your advertising.. it had a date, but quite frankly it said open until filled. We do that on purpose, because the last thing you want to do is to lose an outstanding candidate based on timing,” Wilder says. The goal is to bring in from 8 to 10 candidates for interviews. “What we normally see is that each individual committee member will have somewhere between 8 and 10 in those two categories of: I want to interview this person or I want to discuss them in more detail,” Wilder says.

The goal is to conduct interviews August 11-12th. The finalists would be interviewed in September. The new president will replace Sally Mason, who is retiring August 1st.